Twenty members and guests gathered in the foyer of the ABC Southbank studios for a tour of the ABC radio studios. The timing was fortuitous as, while we waited we had a panoramic viewing window into the ABC-TV News studio, where the 7:00 pm flagship bulletin was going live to air. That made for an entertaining wait.

Chairman Graeme Huon then welcomed all to the meeting and introduced ABC Radio Operations Manager Paul Penton and Senior Operator Richard Girvan, who were to be our hosts for the evening.

Splitting up into two groups and starting in Radio Master Control, operator Brett assisted Richard and Paul in describing the operation of MCR and the scheduling software, and localization, explaining that the majority of content is live with a little bit of replay off digital storage using Netia software. Richard commented that the localization elements are still running on the ABC-developed D-Cart system (dating from 1995 build). He explained that localization was the system whereby when a program is being fed to multiple centres, local promos and idents are triggered at each centre when the program cuts to a break. He also indicated that a small amount of voice tracking is done using the commercial RCS Zetta package.

We then moved on to an on-air studio pair in two groups again. The Netia system for recording and editing (including editing during recording) was described, as well as the Stagetec digital consoles. The way the two rooms can operate either independently as OPO (One Person Operation) or as a combined pair, where both rooms are active for the one program, with an operator and a producer in one space and the talent in the other (although the operating position and mics could go to air). Recording, editing and playback in Netia were demonstrated, including the ability to start editing a segment when it was still recording. In a general discussion on metering and levels, Paul commented that the facility had just moved to the loudness-based LUFS standard.

Then, on to a voice recording and mastering studio which is DAW-based using Wavelab mastering software as well as Netia. This room was described as being used for documentary and other long-form material requiring high production values, as well as for mastering CDs. This room was equipped with mastering-grade outboard devices, like the Manley Massive Passive Equalizer, George Massenburg (GML) Mastering Dynamic Gain Control, and Crookwood VU meters.

Then on to a mid-sized music studio with an SSL AWS 924 analog console, for live music ensemble performances and interviews, checking out both the performance space and the control room. Richard described how the console also has digital workstation controller functionality.

We then moved to the first of the two Large Music Studios, each equipped with an SSL C200 HD digital console and a wide range of outboard gear. Monitoring is via the Melbourne-designed Grover Notting speakers which we had the opportunity to audition. This room services a very versatile performance space with a high ceiling, variable acoustics and live and dead room spaces.

The tour wound up at the second music control room, here Richard described how its primary purpose is to serve the Iwaki Auditorium for large music events and film scoring. This room was similarly equipped with an SSL C200 HD console, Grover Notting monitoring loudspeakers, and all the usual suspects in outboard gear.

We thank both Richard and Paul for giving so generously of their personal time to host this tour.

I also extend a special thanks to Rod Staples, David Hudson, and Greg Segal who have permitted me to use their photos in this report. 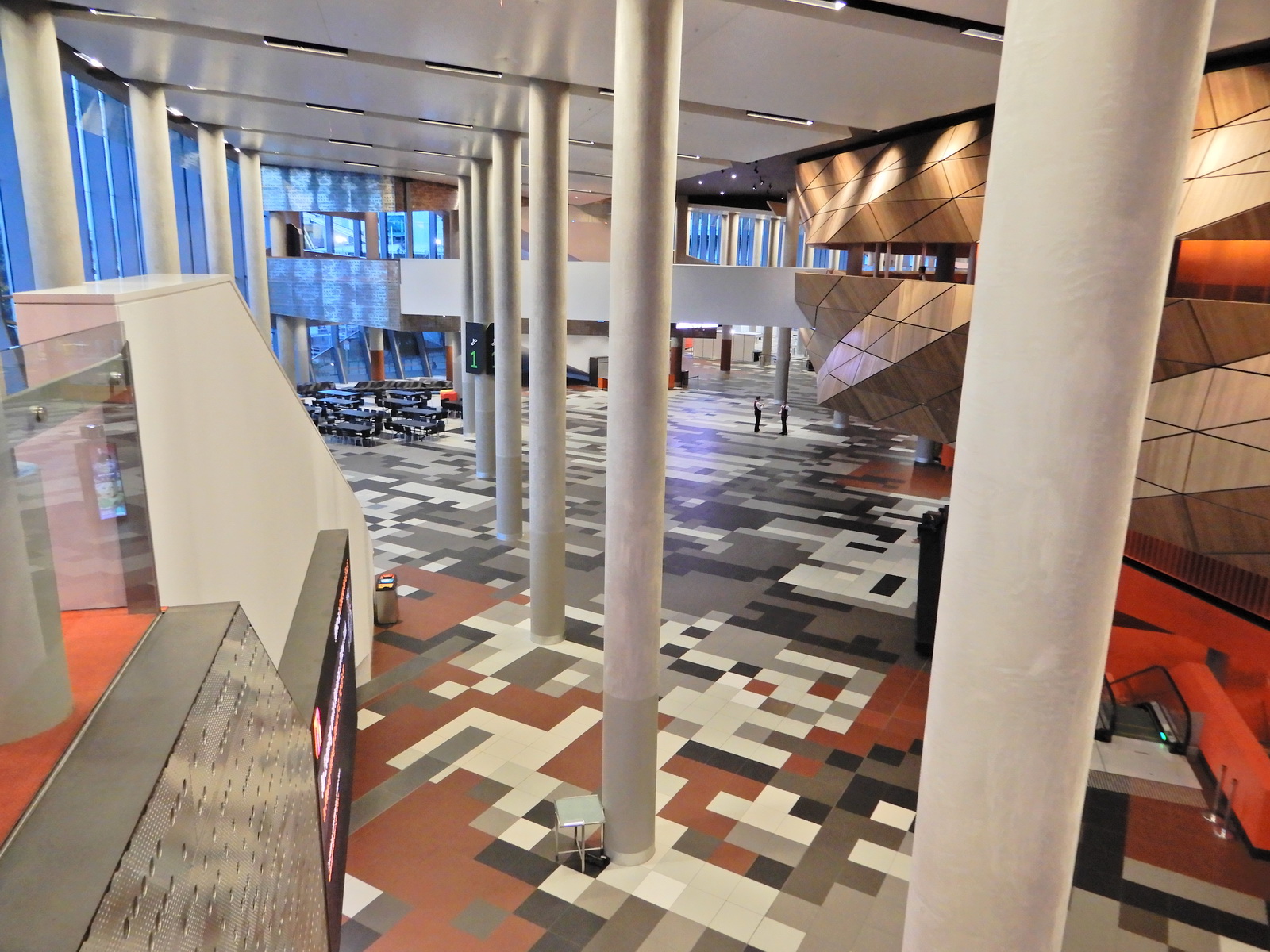